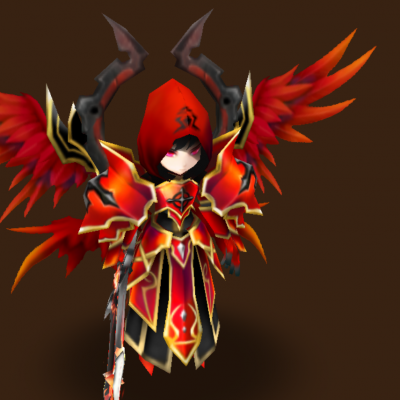 Velajuel has a very high base Defence. Although his base HP is only at 10k, Velajuel is still a good tank because of his high defence of 790.  Although he doesn’t have any healing ability, he got a cleansing skill which generally compensates for his shortcomings. He is a perfect tank support monster. Because of his impressive skills, he is very helpful in farming dungeons especially Dragon.

His first skill basically attacks an enemy with a 75% chance to remove a beneficial effects. This is almost identical to that of Belladeon it’s just that this one is better because it is on basic skills and higher chance. It is worth to note that this damage output of this skill is scaled through Max Defence.

His second skill deals damage with flames of punishment and inflicts Continuous Damage for 3 turns. This skill is kinda lame however given that the damage output of this skill is scaled through Defence, it is considerably good.

Ariel first and second skill is already make him awesome, his third skill makes him perfect. Basically his third skill removes all harmful effects on all allies, granting them immunity for 3 turns, and increasing the Attack Bar by 30%. The cleansing ability is quite good in running Raids and Dungeons however the attack bar increase is pretty rare and awesome.

Rune him right and you would be able to run Giant and Dragon at ease. Always make sure to make his resistance high. Anyways it wouldn’t hurt him much even if you take slot 6 to be resistance because his base defence is already high. Rune him Violent/Endure with Defence on slot 2, 4 and 6. Revenge is also an alternative for him to remove more beneficial effects to the enemy. Make sure to get accuracy on sub for him to be effective in removing beneficial effects but don’t make this as priority. Violent/Blade (DEF/CD/DEF) is also an option if you opt to make him a damager.

Don’t get me wrong in recommending Violent, you can also use Energy and Guard runes and he should be fine. Full energy and HP would also be reasonable if you don’t have violent yet.

So where you can use Velajuel?

His skills would be helpful everywhere most importantly in Dungeons.