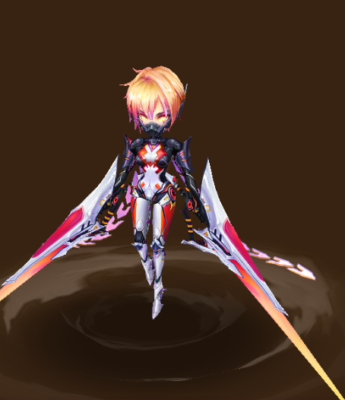 Claire 3rd skill is probably what defines this monster unique. Basically due to this skill, it will have more turn as it potentially can have 100% Attack bar buff. The decrease in Defence effect is just an additional bonus. Rage + Blade would be very suitable for Claire to take advantage of its high damage. But violent/revenge is also another good option for her.

Guard Crush is having an ignore defence effect which is good counter for Defence type monster. Due to the ignore defence, this monster will definitely deal a huge damage to tankers.

The first skill is a multi hit skill which gives this monster an ideal candidate to be used in Necropolis dungeon.

Nothing much to say on this monster as it is a glass cannon which needs support monsters to be usable in any battle scenario.

So where you can use Claire?

Good for necro as the first skill is a multi hit so rune her with VIO/REVENGE if you intended to use her for N10.

Suitable for Guild content as well as she deals huge damage. 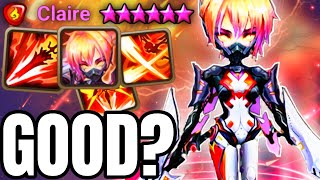