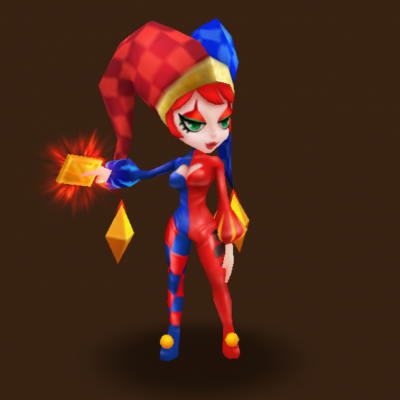 Clara among the attack type monster, she is one of the few that past the 10k mark of base HP. Although her base defence is only at 461, she compensated it with 11205 base HP. This means that a quite few HP substats and she will be able to withstand the onslaught of nuke type enemy.

Taking a look on his first skill, basically this skill attacks the enemy 2 times with each attack with 50% chance to remove beneficial effect. This is helpful especially in dealing with chloe. With 50% chance for each attack basically makes this attack close to 100% success rate, it would only get affected by the resistance of the enemy. Anyway if you are interested in this beneficial effect removal, you must have a high accu which basically limits the potential of Clara as nuker.

Clara’s second skill basically attacks an enemy with a chance to decrease defence and attack power for 2 turns. At max skill, the debuff would be 100%. That would be helpful but then again, don’t bet much on this debuff’s because she is not built to be a debuffer but rather a nuker. Anyway I would not stop you if you consider building her as a debuffer since she got a high base HP anyway.

The third skill would be her bread and butter and expects a great deal of damage because of 100% critical rate bonus if this has been used with full health. Basically she attacks all enemies with 30% chance @max skill to stun the enemy target.

With all the skill and debuffs she had, i would suggest to build her with Rage/Focus. Rage to compliment her 100% critical rate of her third skill. On slot 2 and 6 should be attack % while on slot 4, it should be critical damage. If you build her like this, expect huge damage coming from her and few debuffs here and there.

So where you can use Clara?

Clara is good as arena offence monster. Because of multi attack she is suitable to farm necropolis.