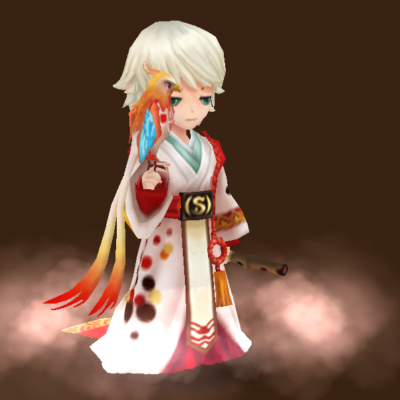 Chiwu as natural born 5 star is really awesome. He got high base stats and awesome skills. You can rune him any way you want and he would be fine. You can use his high base HP by adding a few HP runes and it will work fine. Make sure to add ATK% too because his skill are scaled through attack power. But make note that the first skill increases based on the maximum HP.  An increase of 15 attack speed if awakened is very helpful especially in the arena where speed matters.

His first basically attacks the enemy with the power of Yin and Yang and puts the enemy to sleep for 2 turns with a 15% chance. The damage increases according to your MAX HP. This skill totally conforms on his base attribute HP. A 20% chance @max skill to put the enemy to sleep is very low, it’s not that impressive but it wouldn’t hurt for this bonus debuff.

My recommended rune for this guy is Rage/Blade (HP/CD/ATK). Why HP on slot 2? This is to make him tanky and would not die easily. Critical damage on slot 4 for him to utilize his high critical rate. But if you really want him to be a full attacker, you can use ATK % instead of HP on slot 2 and would still be fine.

So where you can use Chiwu?

In arena offence and defence, Chiwu is awesome. I mean really awesome. He wouldn’t die easily because of High HP pool and got nice damage output. This is true to all of the Pioneer in summoners war.