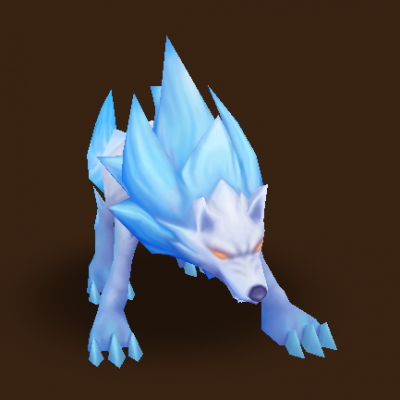 This inugami is kinda underrated compared to his fire brother . Why this one is great? Using his first skill he can decrease the enemy’s defence for 2 turns with 100% chance if max skills. This is very helpful in dealing with high hp monsters. Anyway this skill is the same to all the inugamis.

His second skill is the same also with his fire brother, teaming up with an ally to attack the enemy. This is very great skill especially when he is accompanied by nukers.

Icaru’s third skill is what makes him special. He attacks an enemy and he will counterattack for 1 turn. Which means to say that as long as enemy keeps attacking him after he uses this skill, he will retaliate.

With these skills he has, I would recommend Violent/Focus with slot 2 being speed, slot 4 as Attack %, and on slot 6 Accuracy. Inherently Icaru is already fast, so adding more speed to him makes him more deadly. I am recommending violent for him to attack more. The focus rune can be substituted with Revenge for the same purpose of inflicting more damage.

If you will be using this guy as your faimon farmer I am recommending Vampire/Revenge(SPD/ATK/ATK). Make him 6* and he would be a beast in faimon.

So where you can use Icaru?

Argen is good as arena offence and defence. Because he is kinda under rated, most probably the attacker will underestimate him. You can use him also in Guild Battle.