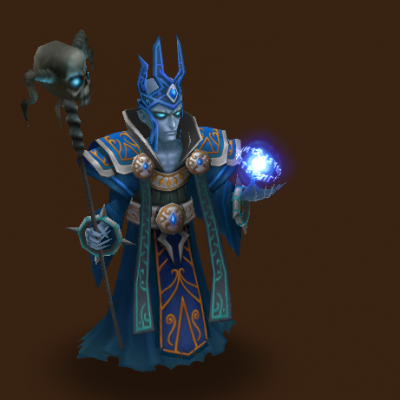 Rigel is one of the hardest to rune. Some rune him as an attacker. But remember this guy is a support thus use him as support. Let’s take a look on his first skill, he got 100% chance if max skills to decrease the enemy’s target for 2 turns while dealing damage. This is actually awesome skills since this is his basic attack thus he would be possibly decreasing attack speed of each monster that he hit. Rigel is a good monster to deal with speed monsters.

His second basically randomly attacks the enemies several times and weakens the enemy’s defense for 2 turns with a 35% chance with each attack and exchanges the decrease attack speed effect with a freezing effect for 1 turn. This skill cooldown is only 2 turns if max skills which is actually awesome.

Most important skill he had is his passive skill, that makes him immune to stun, freeze and sleep.

I would recommend to put runes on him as a full pledge support. Either violent/revenge or despair/revenge, with HP on slot 2 and 4, and Accuracy on slot 6. Make sure to get as much accuracy as you can so that he will land more debuff.

So where you can use Rigel?

You can use him in arena offence and defence. He is both an offensive and defensive monster depending on how you rune him. I prefer full support, like HP/HP/Accu.