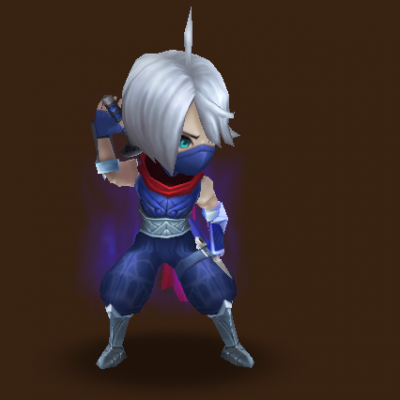 Susano had a pathetic base HP. But his defence and speed is making up for his squishiness. Most importantly his base attack is so high it’s even comparable to that of Sigmarus.

His first skill is nothing much special but it will deal huge damage. The additional continuous damage is just a bonus. It is not that great because it will only for 1 turn. The second skill of susano Inflicts great damage by slashing the enemy with the energy of the sword and reduces the enemy’s Attack Bar by 30%. Expect a huge damage on using this skill. Based on my estimate this skill damage is almost the same as that of sigmarus and even higher. The enemy’s attack bar reduction is good in dealing with speed type monsters.

I was hoping for a more deadly skill as his third one but rather, he got a passive skill. Basically it reduces the odds of receiving a Critical Hit by 50% and increases your Resistance by 50%. This skill would make him to survive more.

I would recommend to rune Susano, with Rage/Blade. And on slot 2 and 6 as Attack %, while on slot 4 should be Critical Damage %. But swift/blade (SPD/CD/ATK) would also work. If you are gonna use this guy in farming faimon, rune him with Vampire/Energy(SPD/HP/ATK).

So where you can use Susano?

You can use him in arena offence and toa as your main nuker. He is also been able to do faimon hell.