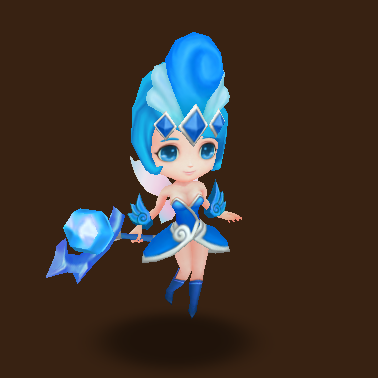 Kacey as irresistible as she maybe, don’t get tempted to build her. She is no shannon. The skill of Kacey is not just enough for her to be a good support. First and second skill have good debuff, but I don’t know what are they thinking on putting an attack skill as her 3rd skill. Considering that she is a support monster and because she is a natural born 2 star she is squishy. In order to make use of natural born 2 star monsters, all skills must be helpful on the team otherwise they are useless which is the case for Kacey. If the 3rd skill is only a heal or maybe attack speed buff, she is fantastic but her skill as it is, she is food.

If you are of no choice building her, you can rune her with despair/Energy(ATK/ATK/Accuracy) this to make sure to land more debuffs while inflicting some damage.  Because she got a nice speed, you can also invest in SPD on slot 2.

Don’t forget to save one on your storage because Kacey is a fusion material for Wind Vampire.

So where you can use Kacey?