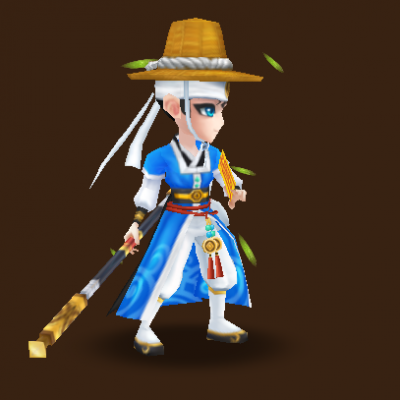 Gildong is quite being underestimated and uncommon. His first skill is basically attacks a target with 30% increased critical rate that would make him deal a huge damage on the enemy. On his second skill basically an AOE which attacks all enemies twice and has a chance to decrease the attack speed of all enemies. This is quite good because if you will gonna use despair on him, it would have 2 chances of dealing stuns.

On his third skill, he basically attack attacks an enemy four times and got a chance to decrease defence with each attack. This will deal a huge damage to the enemy because if he got a defence debuff on first attack, succeeding attacks will basically kill the enemy.

With the recent release of necropolis dungeon, Gildong multi hit skills would make him ideal candidate in clearing this dungeon. If you want to go to that path I would suggest to rune him with Violent/Revenge for him to deal more hits.

I would suggest to rune this guy if you will be using him in the arena with Rage/Blade(ATK/CD/ATK). This would make him huge damage. Get as much critical rate as substats.

So where you can use Gildong?