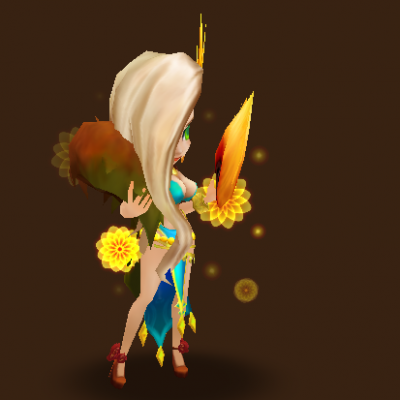 Seara can deal a huge damage. Her 1st skill attack for 3 times and can replenish your attack bar for 15% for each attack if it lands as a critical. That’s pretty cool. Ideal for speed build. It must be noted to have a critical rate of 100% to maximize her full potential. Furthermore since, we are dealing with additional turns, then Violent/Revenge runes would be good for her. Additionally you can put speed on slot 2. That would result to multiple attack which is pretty good for speed team in the arena.

Her second skill Fate of Destruction can set a bomb that would blow after 2 turns. Setting up a bomb is already cool but there are much more benefit on using the second skill, it would result to additional turn after using the said skill. That would be pretty scary in the arena.

Her third skill although it got a long cooldown of 7 turns, by maxing this skill, it would be 5 turns only. This one is an aoe skill, that would attack all enemies and blow out all the bombs on them. This works well with additional bomber on the team.

So where you can use Delphoi?

You can use her in arena offence and defence. She can put a lot of damage to enemies with her skills.