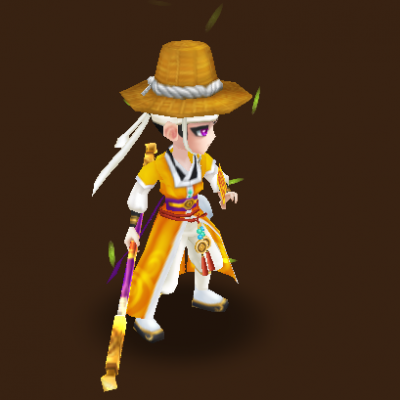 Woochi is the only natural born 4 star out of the wind taoists in summoners war. His stats are quite decent. Let’s take a look on his 3rd skill. It’s an aoe attack that sets the enemy’s attack gauge to zero. That will be quite handy especially if your team is speedy. His second skill is also an aoe that attack all enemies 2 times that has 30% chance to decrease the attack gauge by 30%. So if the second skill will proc 2 times it means that the enemies lost 60% of their attack bar which is pretty much handy.

His first skill is not quite special but the second and third skill are awesome. To further maximize his full potential, I would recommend to rune him with despair/focus with speed on slot 2, Attack % on slot 4, and Accuracy on slot 6. The despair runes is to compliment his 2 aoe skills while decreasing the attack bar of enemy. Ideal team for Woochi is Verde, Bernard and Sylphs. Enemies wouldn’t stand a chance on this team.

So where you can use Woochi?

You can use him in arena offence, toa and Giant as crowd control specialist.