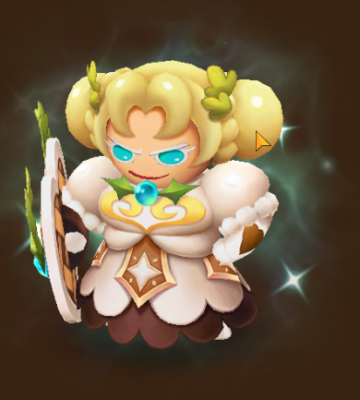 The Light Hollyberry Cookie monster 3rd skill is passive which gives huge Defense everytime it attacks. This accumulated defense plus the bonus damage which is scaled with the difference of Defense will give a huge boost on damage.

Oath on the shield skill is another damage mitigation skill. It protects an ally with the lowest HP for 3 turns. The damage to the opponent is scaled to defence which is pretty good as she is a defense type monster. Apart from the mentioned effects, this skill will also stun the opponent.

First skill is a standard skill of all the Hollyberry Cookie which will provoke the enemy and the damage is scaled up by its max defence. The provoke effect is a perfect skill as being a support type, this monster is built as tanky as possible.

Definitely can be used in TOA, arena, siege. This will be a huge tactical monster in RTA and Siege because of its tankiness and high damage output. 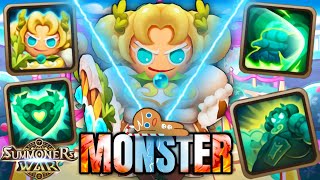