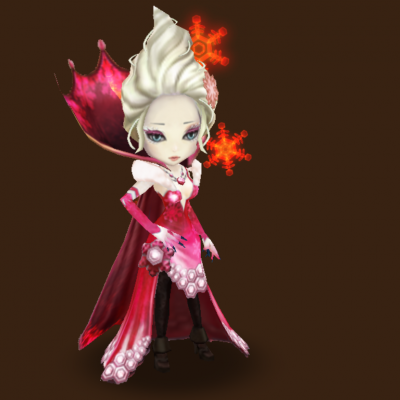 Brandia as an attack type monster have a decent base HP and defence comparable to most of the HP type natural 4 star monster thus expect that she will not easily be killed. Her base attack is just 823 which is a little bit low compared to other natural 5* but still she is still very good since she is not that squishy compared to Sigma. Most importantly Brandia has high base speed.

Anyway, her base stat wouldn’t matter much if she had useless skill however her skills totally compliment her base stats. Her first skill attacks the enemy to inflict damage and weakens the Defense for 2 turns with a 55% chance if max skills. This skill make her ideal for violent and revenge runes. Let’s not get hasty, let’s check her other skills.

Brandia’s second skill creates a shield that’s proportionate to your level to protect all allies for 2 turns and weakens the Attack Power of all enemies for 2 turns with an 100% chance. This skill makes her an attacker support.

Meanwhile, brandia’s third skill attacks the enemy with an attack where the damage is increased by 30% for each harmful effect of the enemy. Removes up to 2 harmful effects of the enemy when the attack is over. This skill makes her an ideal. This skill will deal huge damage. Better have other debuffers like Baretta, Bombers, luer for more damage output in using this skill.

Taking a look on all his skills and base stats, it’s a little bit tricky to rune her. There are so many ways to rune her, but I would recommend to use violent/revenge slot 2 and 6 as Attack % while on slot 4 should be critical damage. If you prefer to use her as debuffer, use Swift/Focus(SPD/CD/ATK).

So where you can use Brandia?