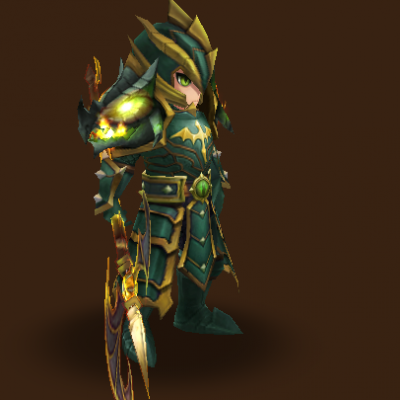 Leo because of his passive skills that normalize the speed of your allies speed and that of the enemies make sure that he attacks first. His base stats are so awesome. Eventhough he is tag as Support, you can make him as a DPS with tanky stats.

You have two choices of runes of this guy, you can use Vampire/Revenge (HP/ATK/ATK). The idea of this rune set is that make him less tanky and kick in some huge damage. Once he reach less than 30% of his HP, attack using Torrent skill which deals a huge damage because it ignores enemy’s defence and at the same time recover the lost HP. Rinse and then repeat.

Leo can also be runed as Stunner which is workable on this guy because he is tanky. Rune him with Despair/Revenge (ATK/HP/Accuracy). He would really a pain on the ass on this setup.

So where you can use Leo?

His tank build make him ideal as an arena offence and defence. You can use him also on giant and dragons.