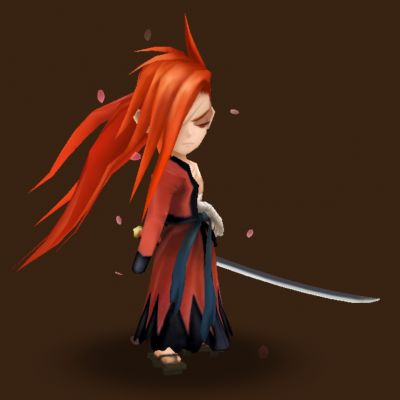 Apart from looking cool, the 4th Skill Sword of the Supreme Sky Wolf of Jun is insane same as the other samurai’s. With the right runes everybody on the arena will surely disappear. Rune him with Rage/Blade with stats slot 2 and 6 as attack while on slot 4 it should critical damage. Make sure to get critical rate on substats to maximize the potential of Critical Damage on slot 4.

The predicament of all the samurai is that they are all squishy. But as I can see on the stats, their defense is a little bit high compared to most of Attack type monster. Thus if you have the option to chose between HP and Defence, I would recommend getting Defence instead.

Let’s take a look on Jun’s first skill. Basically he wields the sword to attack and decreases the Defense for 2 turns with a 75% chance @max skills. This skill has a 10% chance to activate the Sword of the Supreme Sky Wolf. This skill will make him ideal for Violent/Revenge Rune as well.

His second skill attacks the enemy twice and inflicts continuous damage for 2 turns if you get a critical hit. This skill has a 30% chance to activate the Sword of the Supreme Sky Wolf. This skill will deal a huge damage. And he can use this skill every 3 turns at max skill.

Moving on to his third skill, it is an aoe attack and wile dealing a huge damage to all enemies it has 60% chance @max skill to reduce attack power for 2 turns. Expect this skill also to deal a huge damage. Moreover his third skill got a 50% chance to activate Sword of the Supreme Sky Wolf.

So where you can use Jun?

You can use him as you primary nuker in Arena. For defense usually, people kill him first before he throws his insane skill.

Good Monster. Good for Beginner. At Mid-game, you won’t be using him much. But once you got all insane runes, he would become viable.