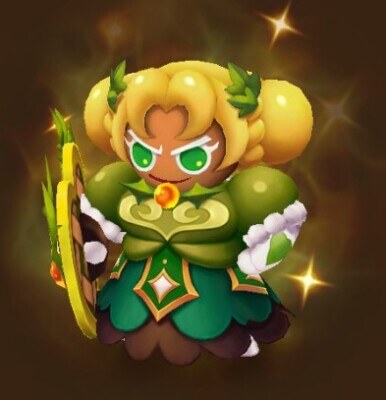 This monster is very strong. You can use it in a lot of scenario. It will be good in arena both offense and defence. Her 3rd skill is particularly good as it grants shield to all ally with 20% of your max HP and then grants defence buff. Not only that the third skill also reduces all skill cooldown times of all allies by 1. It’s 3 effect for 1 skill. If It’s skill up, you can use the 3rd skill every 4 turns which is absolutely awesome. There might be some rework later on this skill as I suspect its imbalanced.

The 2nd skill is the damager since it will carry a an ally to attack a target which scales up with its max defence. A little conflicting since the 3rd skill requires high HP meanwhile the 2nd skill is scaled up with defence. I recommend to push the highest possible defence then add some HP for tankier build while putting a decent damage.

First skill is also scaled up with defence with a nice provoke effect which makes this hero suitable for tank build.

You can rune her with VIO for more turns. Anyway, VIO would always work on any monster. It would be ideal to put destroy runes as she is tanky but other runes will also work. Prioritize HP and DEF on stats. 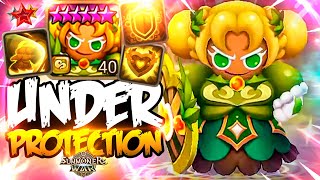