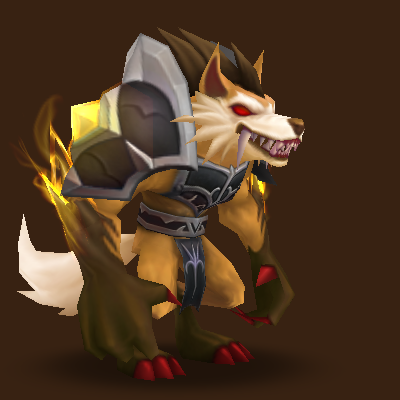 Shakan has a very nice set of skills. His first skill disturbs enemy’s HP recovery for 1 turn which makes him ideal for violent and revenge runes.

Second skill can stun with 30% chance and it is scaled with the amount of your HP. Most importantly his passive skill Disdain that deal additional damage to enemy if your current HP situation is higher than your enemy which is also scaled through your maximum hp. Cool right? Not only that he got cool skills, he got also a whopping  115 base speed.

So how to rune this scary guy? It’s actually depending on what you want to build your Shakan. If you want speedy then by all means you can rune him with Swift/Energy (SPD/HP/HP) and it will work because of his high base speed. If you want tanky and high damage, you can use all energy and HP% on slot 2, 4 and 6. To maximize his full potential make sure to get defense as substats too because he got so high base defense. To make him sustain more, you can use also Vampire runes with full HP% on slot 2, 4 and 6.

So where you can use Shakan?

Shakan can be used in the arena, toa, and scenario. I don’t think he would be of any use in dungeon. It would probably work during early stage but at higher level, it would not work.

Very Good Monster. One of the material to fuse Katarina