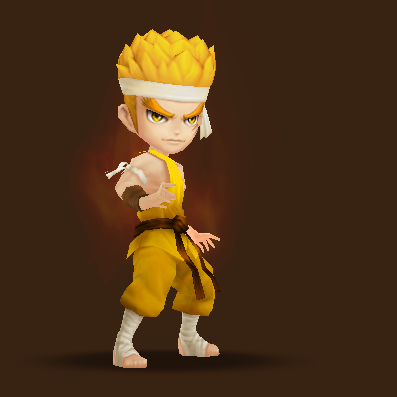 Don’t be deceive on this guy looks. He might looks cool but this guy is useless. Lo base stats is quite disappointing except for her base speed of 114 if you awakened him. He will be a very good monster at early game. However if you reach at mid game, Lo will be useless because she doesn’t hit hard nor has exception support skills except for some stun once in a while.

Early game you can rune him with Fatal/Energy with attack % on all slot. Fatal to additional damage to him while Energy to add more health on her to improve survivability. If it so happened that you really want to use her late game, you can rune her with Violent/Revenge(SPD/ATK/ATK) for additional turns.

So where you can use Lo?

You can use him in arena and toa in early game because Lo hits pretty hard. But once you get more natural born 4 star monsters he will be useless.