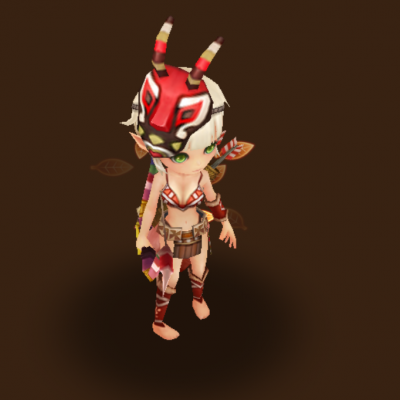 Ceres probably one of the best amazon because she got a decent HP pool however the lack of defence attribute is still a problem. Anyway expect large damage output though from Ceres because she got a huge base attack. It’s high considering that she is only a natural born 3 star. Although her base stat is mediocre at least for the defence, her skills are pretty decent.

Her first skill is a standard amazon skill which attacks an enemy with increase critical hit of 30%. That’s pretty huge CR bonus thus it would save us the trouble of getting CR on runes. Anyway, her second skill attack an enemy twice and each attack had a 45% @max skill to inflict a continuous damage for 3 turns. Statistically she got 90% chance of inflicting continous damage in using this skill which basically almost a guaranteed DOT. That would be helpful in dungeon farming.

Hina’s third skill, attacks all enemies 4 times and each strike has 85% chance @max skills to decrease attack bar by 15%. This skill is very helpful in dealing with speed team.

Hina’s second skill shoots 2 magic arrows that each have a 35% chance to freeze the enemy for 1 turn. Freezing rate is not that high however it’s a multi attack which pretty much useful in necropolis dungeon.

The third skill is the one that is pretty impressive because it got a 70% critical rate bonus. Expect a huge damage output in using this skill.

I would recommend to rune her Fatal/Blade (ATK/CD/ATK) to take advantage of his high base attack. However, if you are already farming necro, then by all means you can use Rage. The blade set is not necessary actually considering the additional CR on his attacks however, I prefer a stable damage output than rely on luck.

So where you can use Ceres?

Early game, she is a killer in the arena offence and defence.