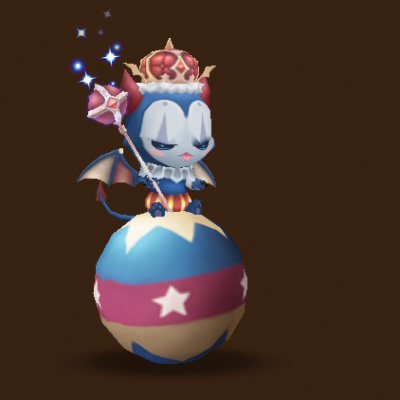 Orion is one hell of a support monster. His third skill Harmless Prank select random targets either to inflict harmful effect or remove beneficial effects to the enemy. Although it’s random, the harmful effect inflicted are quite handy. Most importantly, her third skill increases the attack bar of all allies by 30%. Well this third skill will be pretty useless if the cool down is too long, but luckily if at max skills he can use this skill every 3 turns which is very very fast.

Her second skill attacks all enemies with giant orbs, decreasing their Defense for 1 turn. This attack lands as a Crushing Hit, regardless of the enemy’s attribute. This is an AOE attack with 100% proc rate which means all enemies have their defence decreases.

Orion’s first skill is also awesome. He attacks the enemy and have a 30% chance chance to gain another turn. Aquila’s second skill is pretty useful too which Increases the Attack Power and critical rate of all allies for 2 turns.

If you weigh in all of Orion’s skill, the ideal rune for him is Violent. The rationale behind this is to make sure that he uses more his second and third skill. On slot 2 you can use speed to increase further her speed which is not much needed though. On slot 6, it is imperative to use accuracy. On slot 4, either HP or attack. HP to make him tanky and Attack for him to incur more damage.

So where you can use Orion?

You can use Aquila in the arena offence and defence. Because of his skills, he can be used as support monster for Giant and Dragon dungeon.