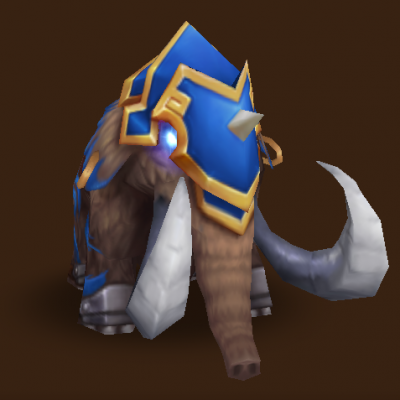 Talc is pretty handy as a tanker. He got a huge pool of HP and defence. His first skill attacks an enemy and provokes it with 80% chance if max skills. This will suit him well as a tank.

It’s pretty rare to see a tank in summoners war to have healing ability. He might be the only HP type monster that has aoe heals. His second second skill recovers all allies HP and this is scaled through his Max HP. Based on my calculation that recovery amount is 18.5% of max HP if max skills. So if you build Talc with 40k HP, he would heal 7400 for each allies. That is very very high. Not only that he was able to heal allies using his second skill, it would also buff them all with defence for 2 turns.

This big elephant first and second skills are already awesome, but her third skill is much more awesome. It’s a passive skill that decreases the inflicted damage by half if the damage is less than 20% of his max hp. Let’s say Talc has 40k HP which is doable, 20% of it would be 8k. Considering that he has also high base defence and factor in also his defence buff, the enemy monster will be hitting like a child on Talc and he might already be indestructible. His only problem are debuffs.

For Talc to be useful rune him with violent/revenge with HP on all slots. The violent for more turns thus provoking more. HP on all slots for him to increases his base pool.

So where you can use Talc?

You can use Talc as your healer in the arena offence and defence. He is also useful in clearing up dragon and giant dungeons. Most importantly talc is a cheap faimon farmer.