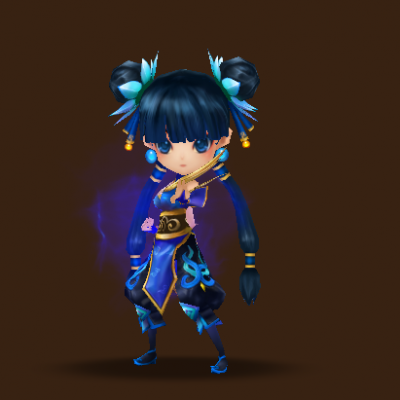 Xiao Lin even she had a very low HP pool, she make up for it in having a high base defence. Not that high but pretty decent. But what worries me the most as most of the players of summoners war is her low base attack. She only have around 736 which is very low considering that she is an attack type. If only Xiao Lin has a very high base speed, she is a best however she only have 102 thus she is one of those monster that would collect dust on the storage. She is too good to be food but she is too fragile to be awesome.

Her third skill strikes 4 random targets with the power of water. Each strike has a 30% chance to stun the target for 1 turn. If this skill is on cooldown, you have a 25% chance to counter attack when being attacked.

With his combo and multi attack she is ideal to be a good monster to farm necropolis dungeon. Rune her with Violent/Revenge with ATK/CD/ATK on slot 2/4/6.

So where you can use Xiao Lin?

Xiao Lin can be as Necropolis Dungeon farmer.