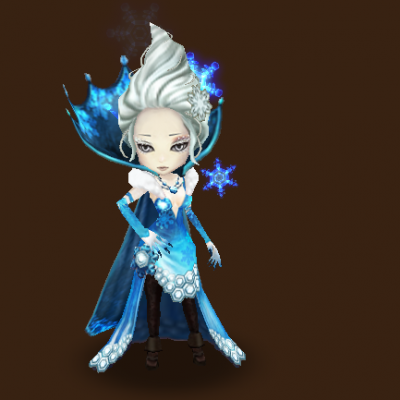 Alicia has a pretty good leader skill if you are gonna use him in the arena. The 44% additional attack power of ally monsters is pretty deadly especially when the team is composed mostly by nukers. Such an awesome leader skills. And also the awakened bonus of Alicia of 15% critical rate is very helpful which already makes her a nice candidate for Rage/Blade runes.

Let’s take a look on her base stat. Her HP pool is just 9885 which is very very low considering that this girl is an nb5, but she makes up for it with high base defence of 692, which is already almost the stats of defence type 4 star monster. With these characteristics, if you have the choice on selecting between HP and defence as substats, I would recommend to select defence to strengthen further her stats. The base attack of Alicia is decent but not that great considering that she is a natural born 5 star monster however if you take a look on her skills, she is still OP.

The first skill of alicia Essence explosion would deal a great deal of damage, I mean she really hits hard considering that this is her base skill and she would throw it a lot. Not only that this deal a big damage, it also got 55% chance @max skills to decrease the defence of the enemy for two turns. With this skill, she is ideal for violent/revenge runes.

Alicia’s Stormy Night skills is basically an AOE skill that attacks all enemies with a powerful storm and the damage is scaled through the attack speed of the enemy. This is fantastic skill in countering speed team. Her third skill is I think the best AOE skill in summoners war. Basically she attacks all enemies 3 times  and gains another turn if the the enemy dies. The second and third skill makes her ideal candidate for Despair/Focus runes.

There are many ways you can rune Alicia, you can use despair/focus (ATK/CD/ATK) for crowd control. Or you can use despair/focus(ATK/CD/ATK) for multiple turns. But if you want a powerful nuker that can wipe out enemies instantly, rune her with Rage/Blade(ATK/CD/ATK). If you are gonna ask me which runes i could give Alicia, well ideally I would opt for Rage/Blade but the problem is Rage runes is already in Necropolis as of the latest update, and that would be very hard to get it so Fatal/Blade would be ideal for me.

So where you can use Alicia?

Primary Nuker as your arena offence and defence. She can also be used in Toa, Dragon, and Giant dungeons but you should rune her with Despair for her to be effective.