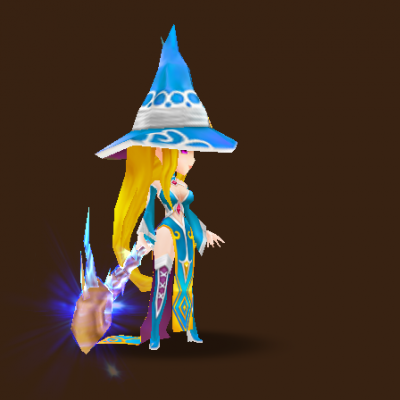 Megan is one of the few 3 star monsters that is actively being used even at late game. Megan were used as a primary support in running giant b10 because of her useful support skills. Her base stats are not quite impressive but not bad. She just needs good runes for her to shine.

Megan had a nice set of skills unique to her. Her third skill Spell of Strengthening, increases the attack gauge of all allies by 20% and increases Attack Power and Defense for 2 turns. The increase of attack bar of allies is very helpful in building a speed team. And the attack and defence buff is just a bonus. But seriously this very very helpful.

The third skill of Megan is already enough to make her useful,  she becomes more interesting with her 2nd skill Toad Poison which removes a beneficial effect and also blocks beneficial effects for 1 turn with 100% chance @max skills. Additionally Megan first skill inflicts continous damage which is an additional bonus.

You can rune silia ideally with violent/focus to maximize her skills. More turn, more chance for her to throw her second and third skills. To make her useful, put HP on slot 2 and 4 and on slot 6 pumped her with accuracy.

So where you can use Megan?

You can use him in arena and toa because of her support skills. Megan can also be used as a support monster in running Giant B10.