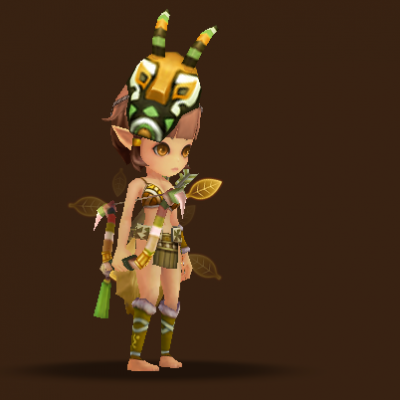 Hina’s eventhough she looks cool, the problem is her base stats. He got a low HP pool. Her attack is not that high. But Hina can be used in situational basis. Her aoe skill can prevent the target from using skill. That would be disastrous if the enemy’s defense are nukers and stunners. However it hardly  make any impact if the enemies are tanker. He could be useful if properly match up with good nuker.

The skills of Hina the Wind Shot and Piercing arrows are scaled by her speed. So it would make sense to make her fast. And that would make her dangerous. It’s like killing 2 birds on one stone. If you rune her swift and put on slot 2 speed stats, that would make her a heavy damager while silencing all the enemies. She is an ideal part of a speed team.

Most importantly she is a fusion materials for wind nine-tailed fox (Arang) so better keep her.

So where you can use Hina?

Early game, she is a killer in the arena offence and defence. You can use her also in dungeon early stages.

Food. Good in early game. Keep her since she is a fusion material.