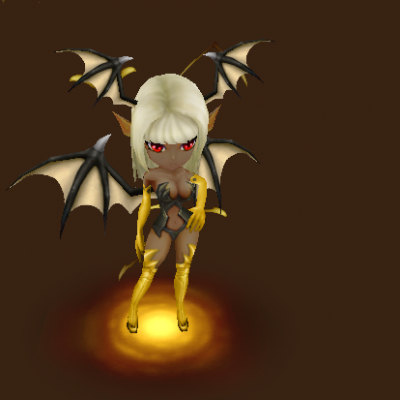 Selena has a nice set of skills. Her first skill can put enemy to sleep with 50% chance. This is pretty useful. If you want to maximize this skill you can build her with Violent/Revenge and speed on slot 2. And then on slot 4 and 6 you can put both as attack %. But since her second skills will be 100% crit rate then on slot 4, a Critical Damage % can be used also. Weigh this properly on what you want on her. Why violent and revenge. This will give her more turn thus more probability to make the enemy sleep which is pretty cool.

Her third skill Blooming Nightmare attacks 5 random targets having a chance to inflict continuous damage for 3 turns with 80% chance. Selena is a wind type, can inflict continuous damage with with high chance and 9555 base HP which is decent, makes her ideal as DPS monster for Giant B10.  If you want to take this path, you can build her with Swift/Focus with ATK/HP/Accuracy. Make sure to make her HP high at least 15k for her to survive the onslaught of Giant Boss.

So where you can use Selena?

You can use him in arena offencec, toa as a DPS while for Giant you can use her as your dotter.