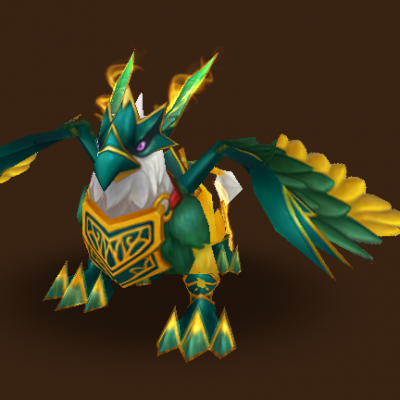 For early game, Wind Griffon would not be any use. However, at mid-game when you started farming giants, Bernard is a must. The primary reason why Bernard is helpful is because the 3rd skill that increases speed of ally monsters while increasing the attack bar of allies by 30%. At max skill, Tailwind is having only 3 turns. And because Bernard has a very high base speed and with additional effect from tailwind, definitely you will be having infinite speed buff.

What makes Bernard more awesome is the Body Slam skill which decreases enemy’s defense and attack for 2 turns (50% chance). And this can be casted every 2 turns at max skill.

First skill is just a bonus, the damage increases depending on your attack speed which compliments the inherent attributes of Bernard.

So with this skill set, it is recommend to use swift/focus(SPD/HP/ACC). The fourth slot can be interchange to DEF. This is because, the base defence of Bernard is high.

So where you can use Bernard?

You can use this wonderful bird in Giant B10 and Arena offense. For Giant B10, it is recommended that you pair him with Shannon as both of these monsters compliment each other skills. In the arena, you can pair him with other monsters that gives speed buff. And you will have a speed team.