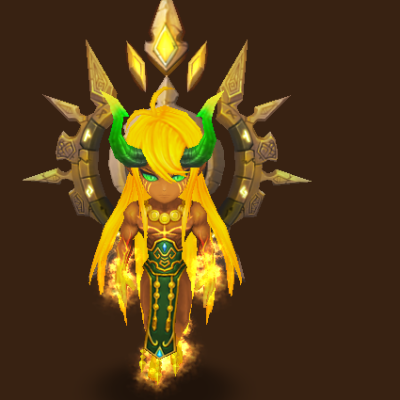 Akhamamir is branded as the worst Ifrit that you can get. Well I couldn’t argue more. His skills and stats are contradicting with each other. He needs accuracy because his 2 skills has debuffs. His leader skills at least is fine because it’s accuracy bonus to all allies and that is a whooping 41%. His awakened bonus contradict this because it’s +15% critical rate.

His first skill is basically an attack that inflicts continuous damage for 2 turns with 75% chance at max skills. But the problem is, this attack is scaled through his attack speed.

The second skill of Akhmamir makes everything worst because it is scaled through Max HP. This may stun all the enemies with 60% chance at max skills and can be casted every 3 turns.

Meanwhile his third skill at least compliment his first and second skill because it basically attacks all enemies and the damage is scaled through attack power which increases by 30% each harmful effect on the enemies.

Don’t hate this guy because his stats are all over the place. All you need is proper runes and focus on what you want to do with him.

You can build akhamamir with as full damager taking advantage of the critical rate awakened bonus and that would be Rage/Blade(ATK/CD/ATK). This forgets everything else. With this build you can forget that he was able to stun and inflict continous damage. Moreover the scaling of first and second skill must not be taken into consideration just keep in mind the large damage on his third skill. If he stuns, then he stuns. To take full advantage of this, he must paired with the likes of beretta for maximum damage output.

But if you want the debuffs and make him tankier then by all means you can rune him with Violent/Revenge(HP/ATK/Accuracy). This would be pretty decent damage and scary actually. Just take note to get some speed, HP, and accuracy on substats. Even better if you make him as the leader for this build. Beretta is his partner in this case.