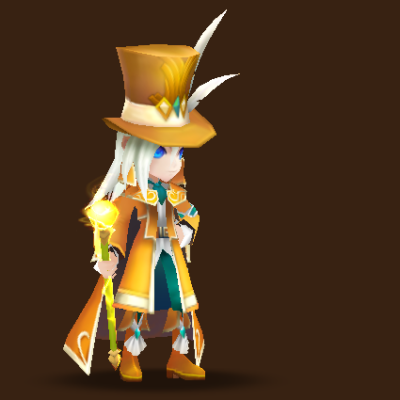 Julien not only cool looking but has a very high base attack which already comparable to most nb5. The only problem i can see with Julien is that he had a very low HP pool almost the same as Shannon. However from the base stats he got a decent defence. So if you have a choice to have substats of either HP or DEF, better use defence.

Although Julien is squishy, her third skill is awesome, damage output is high and most importantly it can stun. 3 turns with 50% proc rate on all enemies is fantastic. First skill and second skill can also stun.

There are multiple build for him. You can use him as stunner so you can rune him violent/revenge(SPD/CR/ATK), get as much accuracy as you can on the substats. If you don’t have violent and revenge runes, you can rune him with swift/focus (SPD/CD/ATK).

If you are poor like, Fatal/Blade(ATK/CR/ATK) or Fatal/Blade(ATK/CD/ATK). Depending on the purpose you intended to use with Julien, you can rune him with almost anything with stats Attack, Critical Rate, Critical Damage, Speed and you will never go wrong.

So where you can use Julien?

Julien is good as arena offence. Actually you can use him everywhere; Giant, Dragon, Necropolis, Aiden Hell, Arena, Toa.

Very good monster. Rune her right and he will stun everything in the arena.