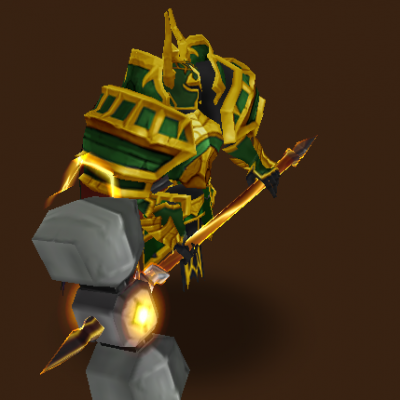 Copper would probably one of your first monsters that you would be getting. You will get a lot of this through mystical scroll. Don’t make this guy as food. He is a good monster.

For starters, copper would be very helpful and would surely help you in the arena and scenario stages. However at mid game you would definitely stop using him because the guard runes 5 star and 6 star is hard to get. And by this time, shift your focus in building other monsters that doesn’t require insane rune to be helpful.

However, at late game when everybody is already having monsters that had high HP such as darion, ifrit, chloe, etc; Copper would become handy. Rune him, full guard rune and @slot 2/4/6 use def%. And you would see tanks will die instantly. To further increase the damage that copper can be inflicted, you can build him Rage/Blade, and get CR as substats. Furthermore, use shannon or water mystic witch for the defense buff so that Copper’s Thunder Strike skill will become more effective.

Watch out for Lushen skill, Copper will die so better kill Lushen first.