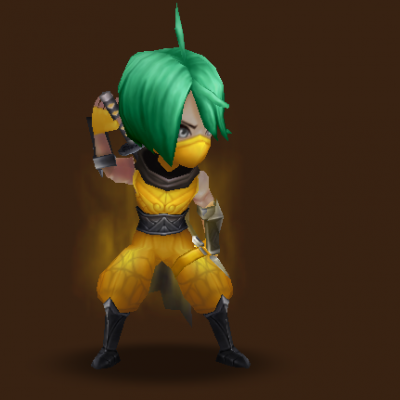 This is one of the monster that you will gonna need if you want to get stronger in Summoners War. He is very helpful in getting good runes. He is insanely helpful in running Giant B10. His 3rd skill is basically  a chance to inflict 6 DOT’s for 1 turn if you get a critical hit. So to maximize his full potential you must have 100% critical rate, moreover got a huge accuracy. Meanwhile his 1st skill is also a DOT for 1 turn, not a big deal but still a good one because an additional DOT to the Giant boss means a faster run.

I would not put a lot of emphasis on getting Orochi as Arena monster because he is totally useless in the arena. He is not a viable option as arena offence or defence because he could not do much damage and very squishy.