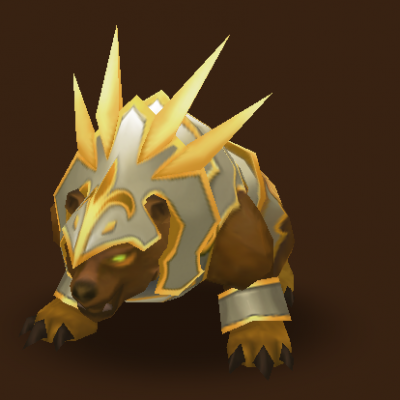 Ramagos are probably one of the easiest monster to obtain. Beside from secret dungeon, you can also get him in magic shop, unknown scrolls, chiruka remains. So maxing out his skill is no problem.

Why this bear is so good? Well because all his skill and attributes perfectly matches with each other.  Ramagos being a HP monster got a high HP pool so definitely you will need HP for him to be effective. Most of the tanks in Summoners war, usually just HP and the skills still needs attack. Not on this guy, his first skill is scaled by the amount of his HP. And then his second skill is HP recovery by 50%. So higher HP means tankier. Now comes his third skill, the damage output is based on your current HP situation. The smaller your remaining HP is, the higher the damage output. This is still relevant to your primary attributes. Let’s do a math, if you have 40k HP, and let’s say you still have 50% remaining. Mathematically speaking, you have 20k HP remaining. Eventhough you only have 50%, you will not die easily because 20k is still high. And again, the damage output is scaled on the amount of remaining HP. Believe me, he can one shot a lot of monsters.

Ramagos not only having a good damage output on his third skill, if the enemy dies he gains another turn. So most probably 2nd skill will be activated thereafter which makes him almost invincible.

Let’s take a look on the skill cooldown. Clean Shot has a cooldown of 4 turns if max skill. Crouch having 3 turns if max. Ramagos is really good because of these.

For runes I would recommend, all energy with HP% on slot 2, 4, 6. Easy to setup right? Most probably you would have a hard time getting a good energy runes with HP%, so an alternative is endure.

So where you can use Ramagos?

Ramagos is good as arena offence and defence. You can use him to farm aiden forest. On giant he can be your damage dealer. He will not die easily, he can sustain, can reduce enemy’s attack gauge. He can definitely handle Giant B10.