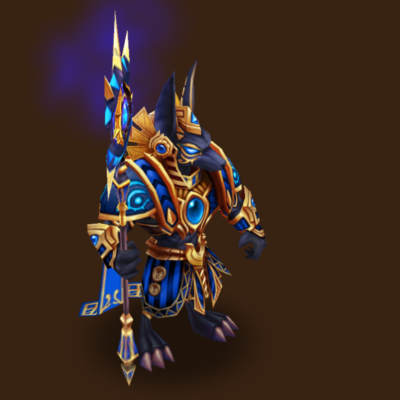 Avaris is a balance type monster. Although his main type is Attack, his base attack is not that high. He might not have the best base stats but he got impressive set of skills. Let’s take a look on each skills so we would know how to make use of him properly.

His third skill is a passive that in times when you defeat an enemy during your turn, the enemy’s soul will be destroyed and will prevent the enemy from being resurrected, and will grant you the Soul Protection for 2 turns. If you are getting tired in dealing with the resurrection skill of perna, Avaris is a perfect monster for you.

So where you can use Avaris?