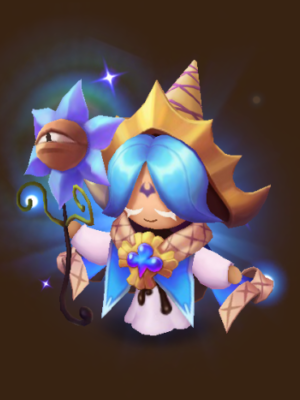 The Water Pure Vanilla 3rd skill can be considered a super buff since it will grant an increase in Attack Power, Attack Speed, and will grant immunity on all allies. This skill is very helpful in arena particularly the Grant Immunity. It needs to be the first to attack if you will gonna use it in the arena for it to be useful. Can be good partner of Lushen or Kaki.

The 2nd skill is not the best but not the worst. Basically it will apply oblivion to target enemy which pretty much helpful for some cases.

The 1st skill is the standard skill of all Vanilla Cookie which heals a decent amount based on its max hp. The drawback of this skill is that you would not be able to select which one to heals but rather it will heal only the monster with the lowest HP.

Due to its healing skills plus the multiple buff , this monster is very suitable as a support and tactical monster in dealing with RTA. 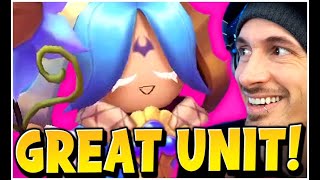