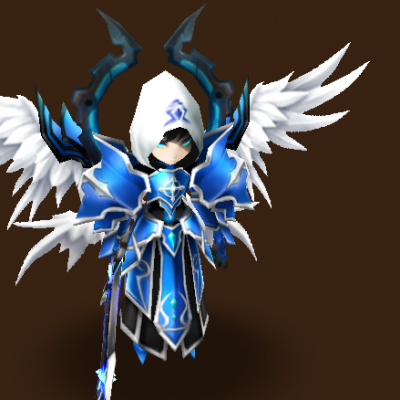 Ariel has a very high base HP and defence. Additionally he is equipped with 2 healing skills . He is a perfect support monster. Expect that if you have Ariel, you will have an easy time in running dungeons. Let’s take a look on his super skills.

His first skill basically attacks an enemy with a 75% chance to remove a beneficial effects. This is almost identical to that of Belladeon it’s just that this one is better because it is on basic skills.

His second skill heals an ally with 50% HP. That would be huge, it’s almost comparable to the healing skill of Chasun. One more thing to note on this skill is the cooldown of 3 turns only @max skills.

Ariel first and second skill is already make him awesome, his third skill makes him perfect. Basically his third skill heals all allies by 30% each and heals them by 15% for the next 3 turns.

Rune him right and you would be able to run Giant and Dragon at ease. Always make sure to make his high resistance high. Anyways it wouldn’t hurt him much even if you take slot 6 to be resistance because his base HP is already high. Rune him Violent/Endure with HP on slot 2, 4 and 6. Revenge is also an alternative for him to remove more beneficial effects to the enemy. Make sure to get accuracy on sub for him to be effective in removing beneficial effects but don’t make this as priority.

Don’t get me wrong in recommending Violent, you can also use Energy and Guard runes and he should be fine. Full energy and HP would also be reasonable if you don’t have violent yet.

So where you can use Ariel?

His healing skills would be helpful everywhere most importantly in Dungeons.