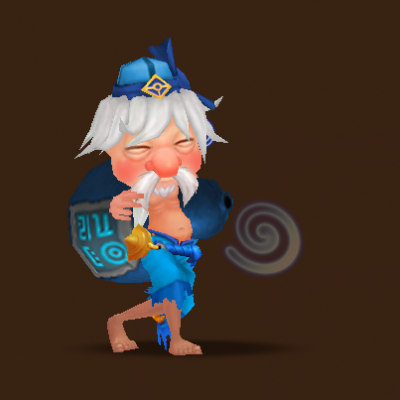 Mao is one of a kind in summoners war. It’s rare to have an attack type monster that has an AOE heals. He is kinda similar to Ahman but this guy healing ability is scaled by it’s attack power.  If you are interested for his heals and deal some damage, rune him with Fatal and all attack % on slot 2,4,6. However if you like him to be a nuker, Rage/Blade will suit him well because you already have a base critical rate of 15% as his awakened bonus.

His third skill Seal Punch deals a great deal of damage while increasing your attack speed for 3 turns. This is awesome, you deal a huge damage to the enemy and apply a buff to yourself. It’s a complete package for nuker.

Considering that drunken masters are quite common, they even come out from unknown scrolls; Mao is one hell of 3 star nuker and can level up his skills very easily.

So where you can use Mao?

You can use him in arena and toa because he can heal and deal huge damage. Most importantly he can be use as an additional healer and nuker for Giant B10 and Dragon B10.