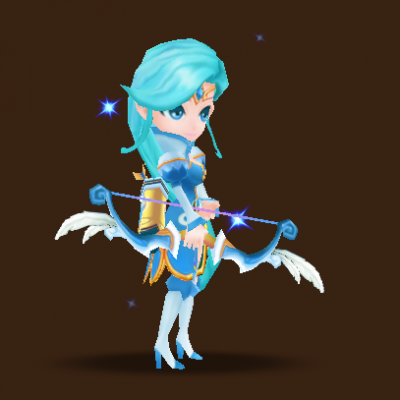 Sharron, would only be good during your early stage of playing summoners war as most of the attack type 3 star. She can hit hard. But I do believe, she is not worth to keep more than 5 star. Let me explain why, she has a very low HP pool. She needs harmful effect to be inflicted first on the enemy for her to incur large damage using Wedge Arrow. And here comes the fun part, her third ill is scaled by her defence. Are you kidding me, an attack type monster with low base defence, and yet his killer skill is scaled through defence. This monster is a joke because you wouldn’t know which one to prioritize on this case. What is a good monster is that the attributes must conform to her skills. On this case it is not. With DEF on any slot, that would be such a waste.

However, for starters she is good, I mean pretty good. You can easily max her skill because she is very common. But at late game, you will not be needing her. She will die instantly and will not incur much damage in the arena. Late game, as a rule of thumb, any Attack type monster below 4 star is certainly food.

So where you can use Sharron?

Early game, she is a killer in the arena offence and defence. You can use her also in dungeon early stages. Make sure to keep one on your storage because she is a fusion material for fire sylph.