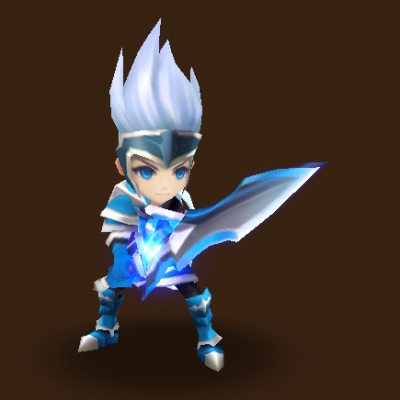 Allen is a good alternative to darion. He had a decent HP pool of 10k and a decent base defence. It’s not that high compared to other tank monster however his skills basically supports his stats. Let’s take a look on all his skills.

His first skill basically attacks and an enemy with damage proportional to max HP. This is pretty cool because Allen is an HP type thus it is expected to build him with high HP. Additionally, this attack got a chance to inflict a defence debuff to the enemy. As you would already know, a defence debuff will really hurt especially in the arena.

His second skill attacks an enemy and provokes it. Considering that Allen is a tank this would be a good strategy in dealing with nukers. Instead of getting your precious glass cannon to get destroyed, Allen will take the damage instead. This provoke skill really matches Allen’s profile. Moreover his third skill is a passive one that cuts the damage received if the HP is lower than 30%.

Allen’s skills and attributes makes him a support tank monster. Ideal build for this guy is Violent/Revenge for more turns and of course on slot 2/4/6 should all be HP.

So where you can use Allen?

You can use him anywhere but Allen is most effective as an arena defence.