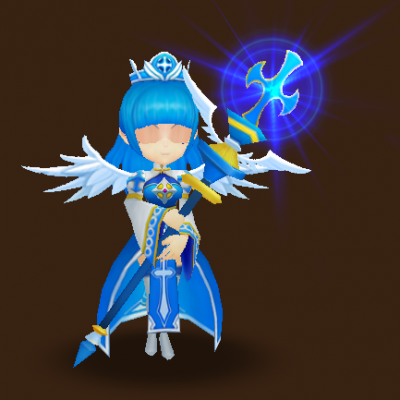 Michelle is one of the best support monster you can have in summoner’s war. She is really annoying in the arena actually because of her shield. Rina is a natural enemy of nukers as they are build mostly with high critical rate and rina’s shield would become handy on this case. The shield is 20% of your Max HP thus it is imperative to increase your max HP as high as possible.

The only problem of Rina’s shield is she is not protected to debuff. The only way you can kill her is to inflict a defence debuff on her. To counter it, Rina must be built with High resistance and she becomes indestructible. With the coming of light inugami(belladeon) as popular monster, Rina’s rendered to be useless now.

If you intend to make use of her, I suggest building her with Energy/Energy/Endure(HP/HP/HP). This is to make sure she got high HP and high resistance.

So where you can use Rina?

You can use Rina as a healer in dungeons and scenarios, most importantly guild war and arena as defence. She can also be used as a farmer in Faimon though that would be so slow.