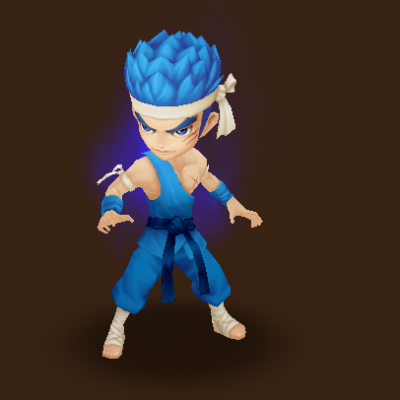 As far as all the Martial artists in summoners war, the water Martial Artist is surely the best one. He is one hell of a monster. Luan is a defence type monster thus his base defence is exceptionally high. But unlike with other defence type, he also got a decent base HP.

His first skill basically kicks an enemy and stuns the target for 1 turn with a 50% chance @max skills. Well it kinda disappointing because his attack is not scaled through his defence and more notably his base attack is pathetically low so don’t expect much for him to render much damage on his basic skill.

Luan Thundering Blow Attacks the enemy with a thundering blow that shakes the ground and stuns the target for 1 turn with a 100% chance. The damage increases accordingly to your Defense. Expect a huge damage in using this skill. Not only that it will deal a great deal of damage but also it got 100% chance to stun the target if max skills.

The third skill of Luan makes him unique, he circulates his body with chi, recovering 30% HP and counterattacking when being attacked for the next 3 turns. This is pretty awesome, 3 turn counterattack will make him pretty scary. The cooldown of this skill is 3 turns if max skills.

So where you can use Luan?

You can use him in arena and toa. Most importantly he can be used in secret dungeons very easily because of his counterattack. You can also use him in farming faimon hell, but make sure to rune him with Vampire runes.