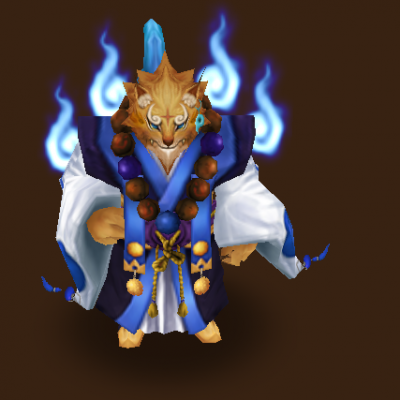 Water Beast Monk is one of the best arena defence monster in summoners war. Chandra has a huge HP pool as a natural 5* its really impressive. He had a whooping 13,170 base HP which probably one of the highest in the game.

Chandra first skill Crushing blow strikes an enemy inflicting a damage that is proportionate to max HP. Not only that, there is also a 30% chance to stun the enemy for 1 turn. Meanwhile the attack speed also increases for 2 turns if the hit lands as critical. This is probably one of the best basic skill a monster can have. The scaling of his damage on his max HP is very very convenient as he is HP type.

This beast monster second skill Defend were able to cast a spell to an ally that will make you receive all the damage he receive. As he is already a tank in nature, this is pretty useful. Although this is sacrificing your own for the benefit of your ally, it is acceptable because this guy is hard as a tank.

His first and second skill are already awesome however his third skill is much much more awesome. His Trick of water attacks all enemies that decreases the attack speed of enemies for 2 turns with 80% chance. Actually this is 100% at max skills. The damage incurred is scaled through his max HP thus it makes sense to increase his HP as high as possible. If you don’t have violent and revenge, All energy would still just be fine.

So where you can use Chandra?

You can use Chandra in arena offence and defence. He is also useful in TOA as a support tank monster. In giant and dragon he is also useful  but situational depending on your team.