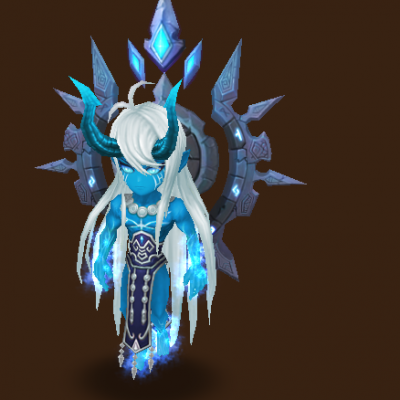 Theomars is the best Ifrit that a free to play gamer can get. Her damage output is very high and you don’t wanna mess with this guy. If you just gonna take a look on his base stats, you will not get impressed. It’s balanced. His HP is not that high compared to other natural 5*. Even his attack is not that high compared sigmarus high base attack. His speed is normal also, it’s not high it’s not low. But it’s acceptable. But his skill is super awesome. Let’s go one by one.

His first skill Mega smash ttacks with magical powers and inflicts continuous damage for 2 turns with a 50% chance. The damage increases according to Attack Speed. With this skill, it’s already imperative to increase his atatck speed as high as possible. This skill becomes ideal also for running dragon and Giant B10.

Theo’s second skill Triple Crush, attacks the enemy 3 times with magic and weakens the Defense for 2 turns with a 50% chance for each attack. It means if the first attack got proc for a defence debuff, the enemy would be in trouble because the succeeding two attacks will take advantage of the debuff. And this attack cooldown is only 3 turns. This skill is very very scary.

The first and second skill is already awesome but his Elemental King passive skill is even better. Basically with this passive skill, Theomars always be having an elemental advantage regardless of the attribute of the enemy. Not only that he got elemental advantage, if he receives a fatal attack a death immunity will automatically take effect. Imagine you already be having a problem with this guy and you put all your force just to kill him on the arena and yet on the last attack he will be having a death immunity. Pair him with a good healer like Chasun and give the enemy a headache.

I would recommend Violent/Blade for him. Violent for more attack and more chances to attack using his Triple Crush. Theomars got a awakened bonus of +15% critical rate, thus an addtional Blade rune is already good enough for him to crit more. With the Blade rune and the awakened bonus, it is making sense to put critical damage on slot 4 to fully maximize his potential. For the slot 2, you can go attack %, HP or speed. But I recommend to put speed, because his first skill is scaled through speed. And also more speed, more chance for violent activation resulting to more damage output. On slot 6, put attack. Make sure to get as much accuracy, HP and Attack on substats.

So where you can use Theo?

He will be your primary nuker. Pair him with Chasun in the arena and he will be god. You can use him also in running dragon and giant dungeon. But it would require different rune if you go this path. I would recommend, Violent/Energy (SPD/HP/ATK).