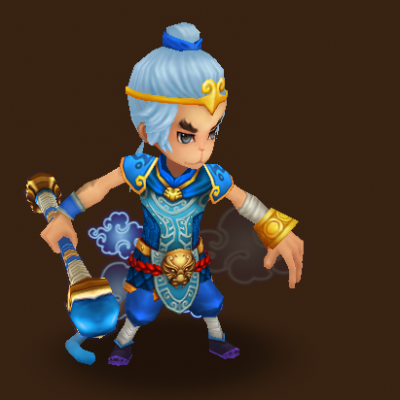 Shi Hou is one hell of a nuker. He got a huge pool of HP, attack and defence. And most importantly he is very fast.

Let’s take a look on his skills. His first skill attacks with the Monkey Wand and stuns the enemy for 1 turn with a 50% chance @max skill. This is very very helpful in dealing with nukers. Additionally his second skill attacks all enemies and decreases their attack gauge by 30% with a 75% chance. This is huge disadvantage for the enemy.

Both of his first 2 skills is awesome, but his 3rd skill is more better. He summons an alter ego to attack the enemy 4 times and becomes invincible for 1 turn. This is fatal to the enemy.

I would recommend to rune Shi Hou, with Violent/Revenge. Speed on slot, and slot 4 and 6 should be ATK. Make sure to get accuracy and speed on substats.

So where you can use Shi Hou?

You can use him in arena offence and defence. She can put a lot of damage to enemies with his skills.

Awesome Monster. You are lucky if you have him.

The overall rating is based on 3 reviews by users.

6.5
Post a Review Please not that each user review reflects the opinion of it's respectful author.