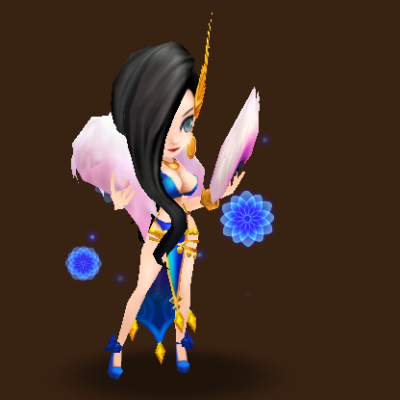 Praha can deal a huge damage and heals a lot. Her 1st skill attack for 3 times and can replenish your attack bar for 15% for each attack if it lands as a critical. That’s pretty cool. Ideal for speed build. It must be noted to have a critical rate of 100% to maximize her full potential. Furthermore since, we are dealing with additional turns, then Violent/Revenge runes would be good for her. Additionally you can put speed on slot 2 to further make her indestructible. Because that build would result to multiple attack which is pretty good for speed team in the arena.

Her third skill although it got a long cooldown of 6 turns, by maxing this skill, it would be 4 turns only. It will heal 50% of the health of all allies but the problem is she puts herself to herself. Regardless of the downside of using this skill, healing 50% of all allies is pretty big.

So where you can use Praha?

You can use her in arena offence and defence.