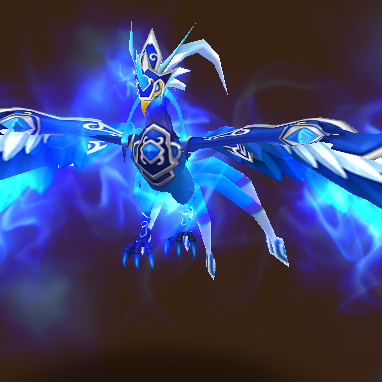 I am a little bit disappointed on the Base HP of Sigmarus. It’s really too low. But this guy alongside with other Phoenix trade off their HP with high base Attack. Make sure to protect Sigmarus with Chloe for him to be of use because this guy is very very slow. But once he strike, this guy would render a huge damage on all the enemies especially his ice volcano which deals a huge damage to all enemies which is scaled through the max HP of the enemies while decreasing their attack power for 2 turns. Once Sigmarus unleashes this skill, it would be disastrous to the enemy.

Given that he got an awakened bonus of 15% critical rate, sigmarus is ideal for Rage/Blade runes. Put attack % on slot 2 and 6, and on slot 4 put critical damage.

Considering the pros and cons of Sigmarus, he is an awesome monster. Rune him right, and he is a beast.

So where you can use Sigmarus?

His damage output make him ideal as an arena offence. You can use him also on giant and dragons.