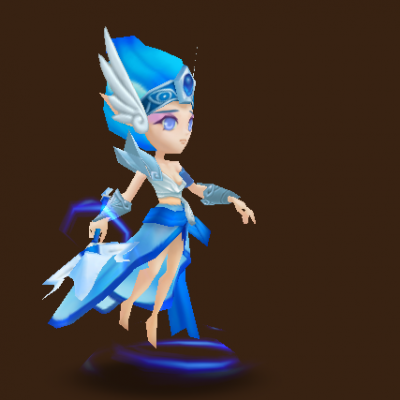 On her third skill she is basically inflicts damage on the enemy and put the enemy’s skill on cooldown. If only this is an AOE, this very good however this is only a single target skill.

The third skill of Lumicrecia completely heals one ally. Sadly it’s only a single target however considering it completely recovers the target healthy, this is very helpful as a support for high  HP team.

I would recommend to rune her with Violent/Revenge for extra turn which means more healing. On slot 2, it must be speed while on slot 4 and 6 should be HP for more survivability.

So where you can use Lumirecia?

Acasis is good as arena offence and defence. Lumicrecia is great in running Giant and Dragon B10 dungeon.