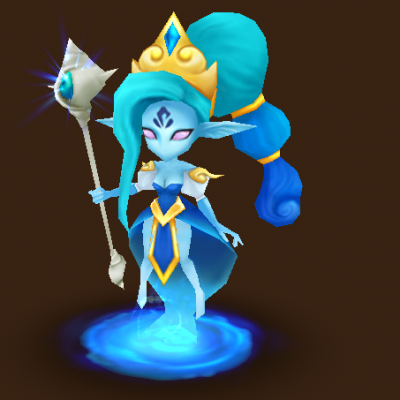 Not only that he is able to revive an ally her second skill attack all enemies while healing an ally with the lowest HP by 25%. This is quite decent.

The first skill attacks an enemy and freezes it if it lands as critical hit. I wouldn’t rely much on the freeze skill because it would such a waste to just increase the Critical rate just for the sake of landing a freezing skill as there much more monsters that can do this at best.

Although Mikene has a low base stats, her fantastic skills make all up to it. I am recommending to rune her with Violent/Revenge for more turns which means more chance to cast the revive skill. On slot 2 and 4, put it as HP while on slot 6 it should be resistance.

So where you can use Mikene?

You can use him in anywhere. More particularly she is useful in Dragon B10 because she is water type monster, got heal and revive.