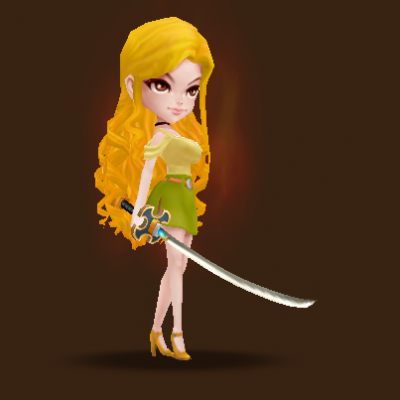 Olivia is support monster which generally helps a lot. Her first skill attacks an enemy two times and each attack has 25% chance to increase the chance of the enemy to land a glancing hit for 2 turns. That would be helpful in arena.

Let’s take a look on her second skill Briefing which basically removes all harmful effects on an ally target while filling up it’s attack bar. This skill is similar to 2nd and 3rd skill of Konamiya.

Her first skill and second skill is already awesome. Her 3rd skill is more awesome. Olivia attacks an enemy 2 times with each hit decreases the target’s Attack Bar by 25%. The Defense of all allies is increased for 3 turns. This lady is full pledge support monster. Just don’t expect her to deal some damage.

You can rune Olivia basically with anything and she can perform well. Just make sure to add make her fast with high accuracy.

So where you can use Olivia?

You can use him in arena offence, toa and Giant as crowd control specialist.