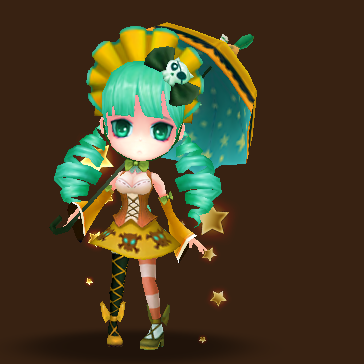 Charlotte, considering that she is an attack type monster, still got a decent HP. Anyway that should be expected on most natural born 5 star monster. Looking at his base attack, not that high but decent. Speed is decent too.

Her first skill do not deal much damage but it got 20% chance to put the enemy to sleep. If she succeeded in the sleep debuff, she will have another turn. That would be a disaster to the enemy. Her second skill is an aoe skill that has 50% stun rate. The stun rate is very very high. This is a nice crowd control skill.

The first and second skill is awesome but her third skill makes you want her really bad. It is also an aoe skill that attack 3 times. Each attack decreases their Attack Bar by 10%, and has a 30% chance to increase the enemy’s chances of landing a Glancing Hit for 2 turns. This skill will make you hate her if you don’t have Charlotte.

So where you can use Charlotte?

You can use him in arena offence and toa as your main nuker. He is also been able to do Aiden hell.