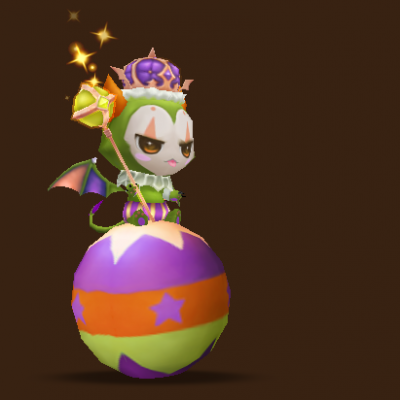 Aquila is one of the best monster you can use aginst the kind of chloe that provides invinciblity buff. His third skill is an aoe attack that Attacks all enemies and removes beneficial effects. This is very very useful in situation wherein the enemy is hiding on some pretty nast buff. He is actually a good partner of Lushen that does pretty hard damage but easily being countered by high speed chloe. Remove the shield and hit them pretty hard with Lushen. Now lushen don’t need additional speed because of this, you can just rune him full damage.

His first skill is also awesome. He attacks the enemy and have a 30% chance chance to gain another turn. Aquila’s second skill is pretty useful too which Increases the Attack Power and critical rate of all allies for 2 turns.

If you weigh in all of aquila’s skill, the ideal rune for him is Violent. The rationale behind this is to make sure that he uses more his second and third skill. On slot 2 you can use speed to increase further her speed which is not much needed though. On slot 6, it is imperative to use accuracy. On slot 4, either HP or attack. HP to make him tanky and Attack for him to incur more damage.

So where you can use Aquila?

You can use Aquila in the arena offence and defence. Because of his skills, he can be used as support monster for Giant and Dragon dungeon.